Staff member
Trusted Uploader
As PUBG rules the roost in the PC/ Console game market as well as Mobile…, many developers try to bring gamers more choice. Rules of Survival, Knives Out or Free Fire are typical examples of the diversity of the Battle Royale genre at this time.

But now you will have another game to try, a newcomer with PUBG Mobile style can support up to 120 players on a map with eye-catching graphics. That is Hopeless Land: Fight for Survival, which is ready to download for free now.

​
Hopeless Land: Fight for Survival puts players in the PUBG gameplay system, where more than 120 players are dropped onto the big map to become the last survivor. Game also has a full range of weapons, ammunition, armors and accessories for a Battle Royale game, as well as completely support for Team mechanism or Solo. Moreover, game has a special element of means of transport. For the first time, players can control a helicopter in a PUBG Mobile game. Imagine that your teammates fly the plane while you shoot guns to the terrain. It would have to be an incredible experience. 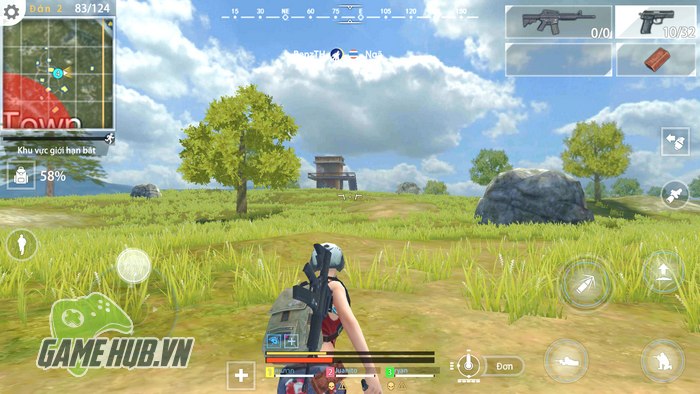 ​
Hopeless Land: Fight for Survival is officially released on Mobile, ready for all readers to experience the game. If you want to give yourself another option in PUBG Mobile game, download the game directly here:
​
Chia sẻ:
Facebook Reddit Pinterest Tumblr WhatsApp Địa chỉ Email Chia sẻ Link